The Gathering Apartments is a new-concept, post-COVID real estate development project slated to begin construction in Albuquerque, New Mexico in 2022. In addition, 4BM co-founders Mo Hossain and Roger Austin have spearheaded the 15-month effort. As a result, they have assembled a stellar national real estate development project team. As a collaboration between Poston Investment Collective LLC and 4BM LLC, the proposed 75-unit apartment complex has reached a major milestone in the HUD lending process.

HUD officials recently met with the team and the project was very well received. During the meeting, HUD officials reviewed the entire project concept package including market study, site plan, unit mix, egress/ingress, parking requirements and neighborhood impact. As a result, HUD officials gave the ‘thumbs up’ invitation to formally apply for funding.

Our lender, builder and development team met with HUD officials for preliminary approval.

Also present at the meeting were the 4BM team, lender, co-developer and builder. The team did an excellent job of answering questions and concerns brought up by the HUD official — who extended the coveted invitation to apply.

Our premier HUD Construction partner has built 8,000 units from the ground up, with a value of over $650M. Our HUD Architect team is world class and has worked on design projects for some of the most iconic brands — including Hyatt, Hilton and Marriott. Their multifamily experience is unparalleled. We have also teamed up with a HUD lending titan who has over 40 years of lending experience and more than $3 billion in loans under management.

In addition, the population of Albuquerque has continually grown from 2010-2021, according to a recent Independent Market Study. The number of households is expected to increase between 2021-2026. And, Albuquerque has a strong need for additional multifamily housing, with a low vacancy rate below 5%. According to the survey, the market for apartment/multifamily real estate development projects within Albuquerque is extremely favorable.

What’s Next For The Gathering?

We’re now moving into the next phase of due diligence and loan application, as a result of preliminary approval. We plan to break ground by the end of 2022 and be ready for residents by the end of 2023. The completed real estate development project will have a projected value of $19M.

For more information about this and other exciting real estate development projects, visit the company’s real estate projects page. 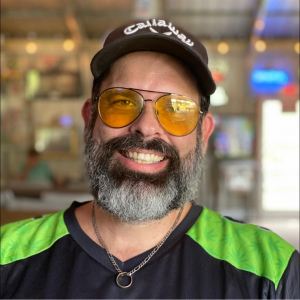 Ken is the Director of Technology & Marketing at PIC Development where he shares knowledge, strategies and a unique perspective with our Team and Investors. Reach out to him via LinkedIn.